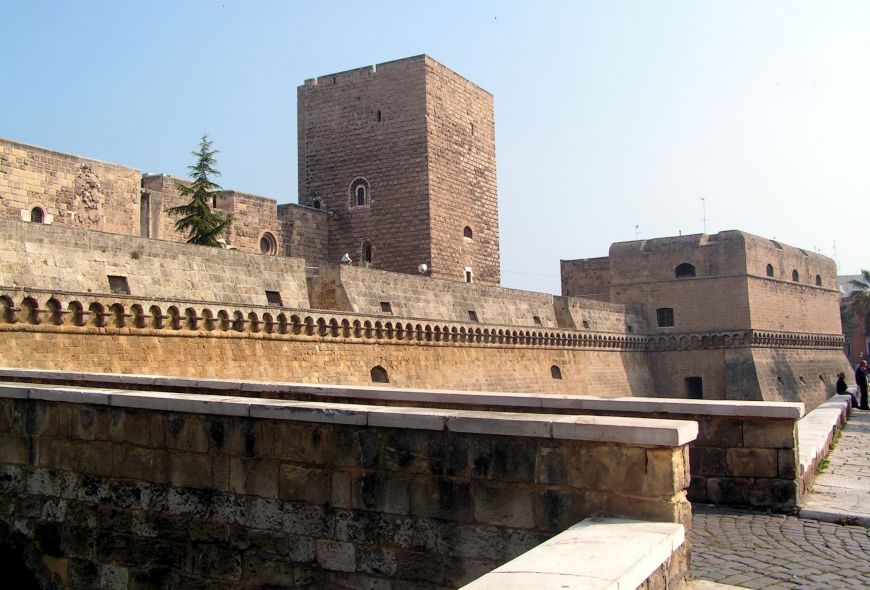 The Norman-Swabian Castle of Bari is an imposing fortress that stands on the “edge” of the old town. The building, built by the Norman King Ruggero II, was destroyed in 1156 by the people of Bari and rebuilt by Frederick II. After it became property of Ferdinand of Aragon it was donated to the ducal family of the Sforza. Afterwards when the construction was back under the king of Naples, it was used as prison and barracks. Today, the castle is surrounded by the ancient moat, which runs along three sides, with the exception of the northern strip, once touched by the sea. Beyond the moat there is the defence ring, of the Aragonese period. The castle is home to the architectural and landscape Superintendence. 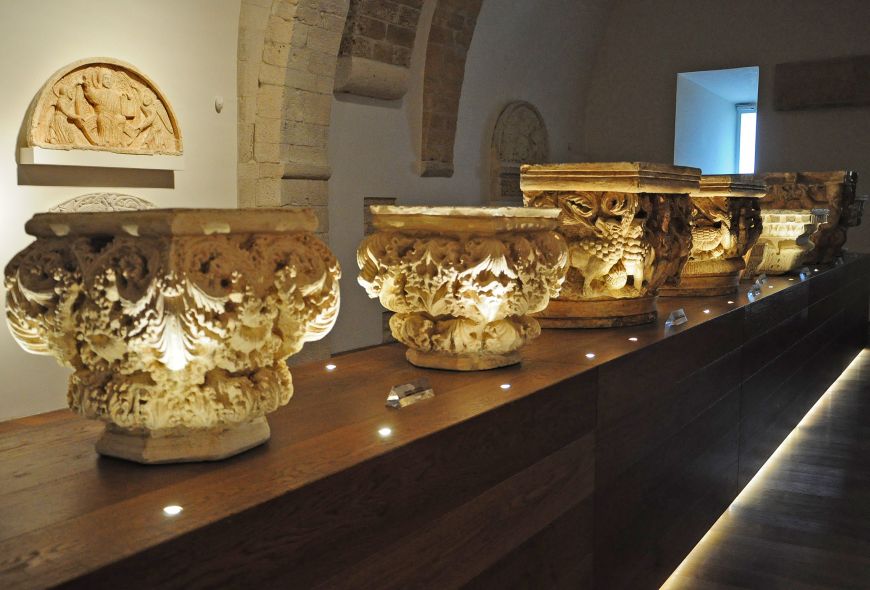 PLASTER MUSEUM OF THE NORMAN AND SWABIAN CASTLE BARI

The Plaster gallery of the Swabian Castle of Bari gives back the possibility to people to admire the extraordinary collection ofcasts belonging to the most famous monuments of Puglia, made to set up the Regional Ethnographic Exhibition in Rome in 1911. The casts, held since 1957, were made by the sculptors Pasquale Duretti and Mario Sabatelli assisted by craftsmen. A collection of great value, starting from the Middle Ages and reaching the early twentieth century.
During the visit, the public will follow a fascinating multimedia path. The video offers an evocative journey in the Apulian scene of 40 years of Italian film and documentary. 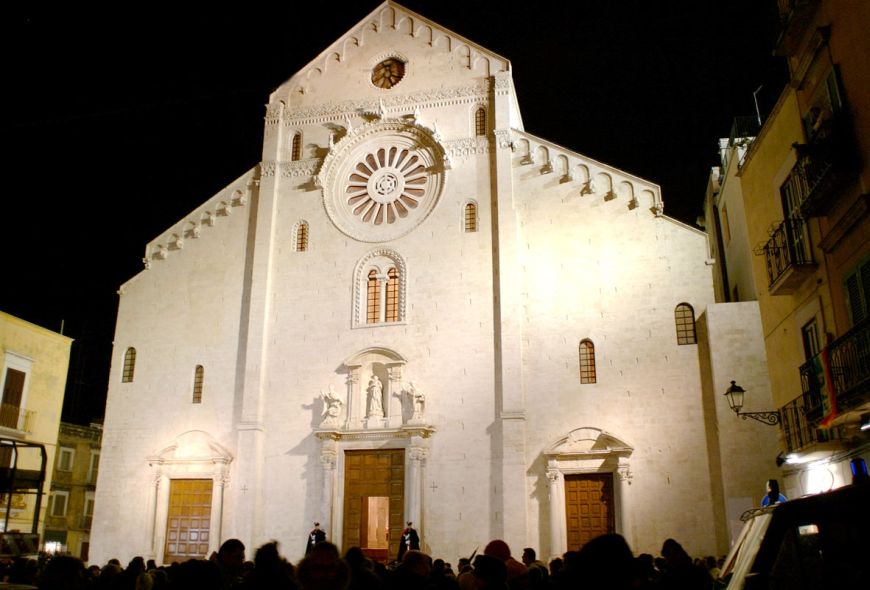 The Cathedral of Santa Maria Assunta called S. Sabino is the cathedral of Bari The cathedral is second in fame and prestige only to the Basilica di San Nicola, with whom it shares the Romanesque style. it is in fact an important example of Apulian Romanesque style. The simple façade is divided in pilasters and crowned with small archs. Not far away stands the bell tower, rebuilt with stones similar to the original. The shell of the dome represents valuable Moorish motifs. Fizzarotti Palace, Bari, is on Corso Vittorio Emanuele, and is a fine example of Venetian-style. The building was built in two periods: the ground floor and the first floor were built in the second half of the nineteenth century, while the other floors were added to the beginning of the twentieth century.
Very interesting is the first floor, decorated with a scene representing the arrival of the Venetians in Bari in 1002 to free the city from the Saracens and another depicting the marriage of Frederick II with Yolanda of Brienne. A room is decorated with allegorical figures symbolizing the different economic activities of Puglia while another one is adorned with esoteric and jewish symbols.
Currently, the palace hosts fashion shows, exhibitions or significant events for the city. 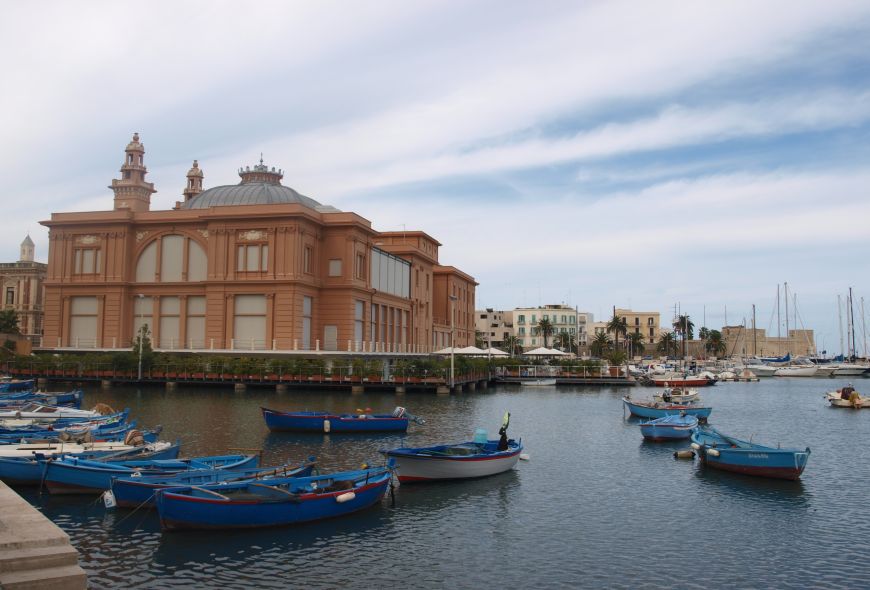 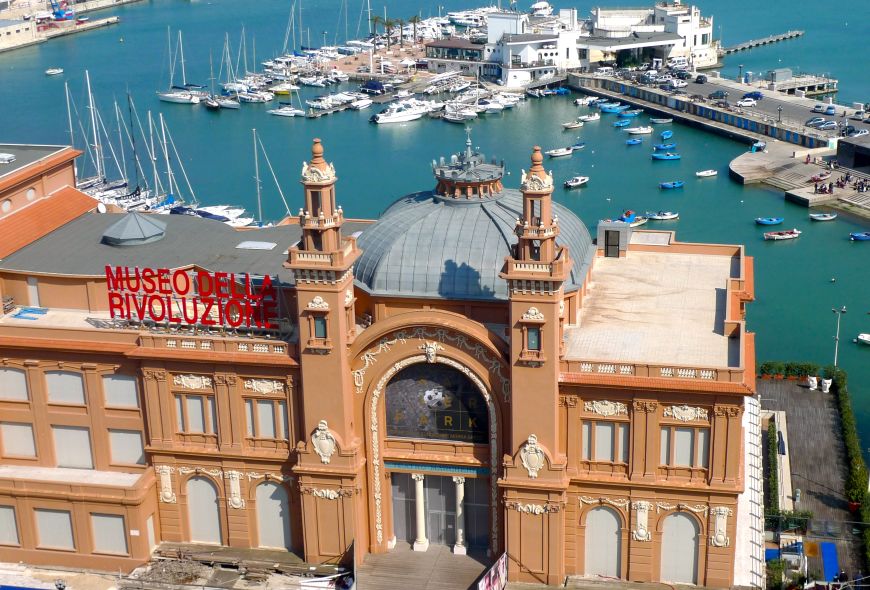 The Margherita Theater was built between 1912 and 1914 in the bend of the old port based on pillars in the sea. In this way they thought that they could respect the pact signed between the Municipality of Bari and the Petruzzelli family according to which the government undertook not to build other theaters on public land, with the exception of buildings on sea. The wooden Margherita Theater had a short lifeon the 22 nd of July 1911 at three o’clock in the morning, the theater was destroyed by a fire in an hour. The causes were never clarified, although there has never been the exclusion of intention. 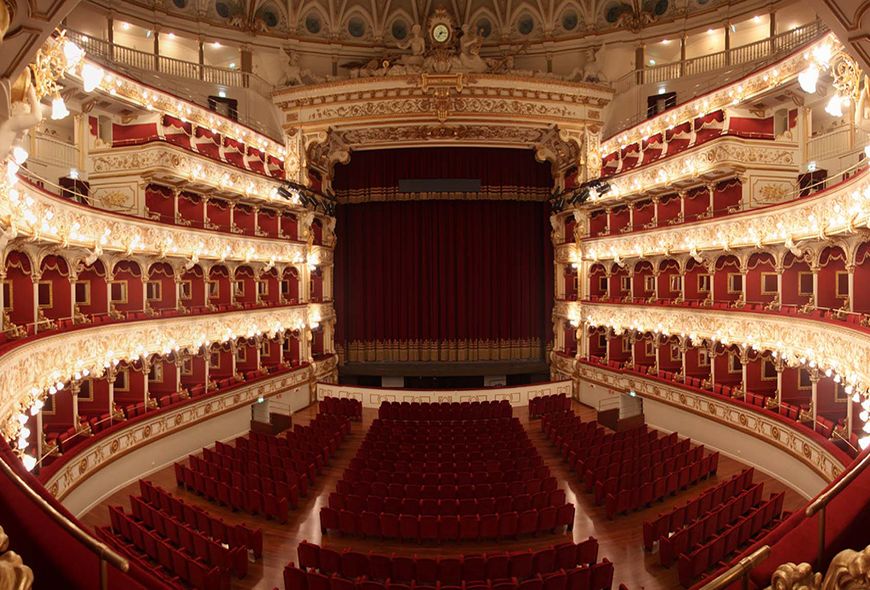 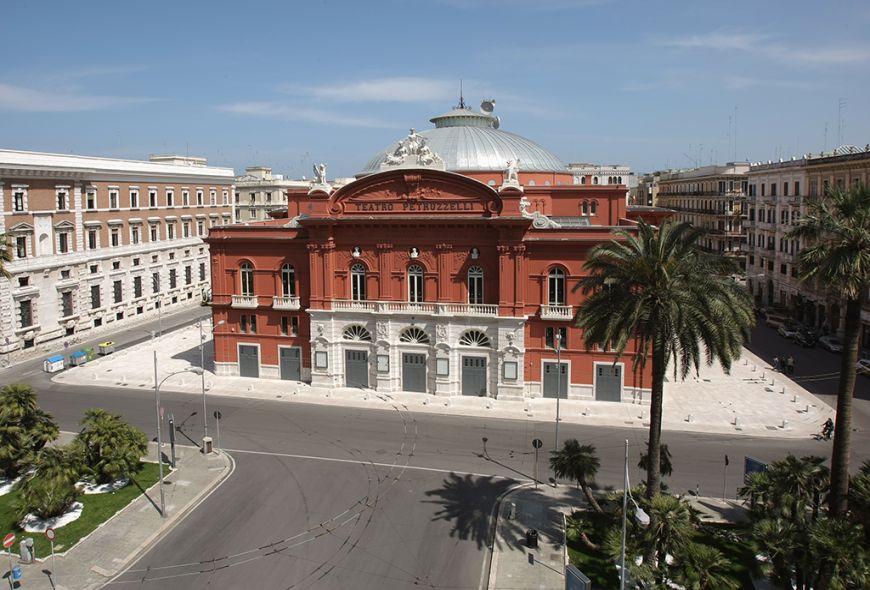 The Petruzzelli Theatre is the biggest cultural center of the city of Bari, the fourth Italian theater for size and the largest private theater of Europe. It was characterized by architectural and stylistic elements of clear umbertino taste, in line with the other buildings of the Murat village. It was called by the merchant Antonio Petruzzelli from Bari, author of the original project. Between 1989 and 1903, many local workers are working in the factory, to give life to a grand building. The disastrous fire of 1991 spared little or nothing of the building. The reconstruction of the theater, which ended in December 2008, has wanted to keep the original values of sharing. 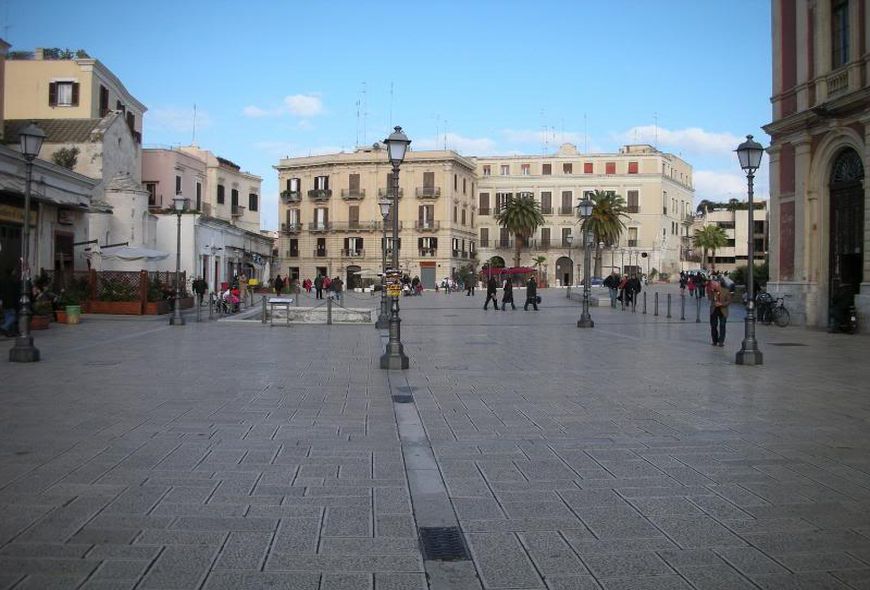 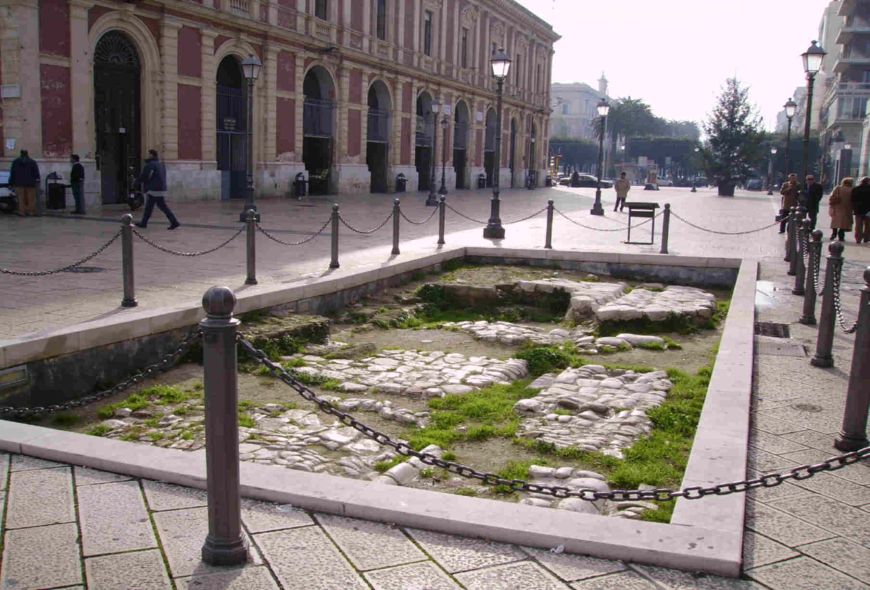 Ferrarese Square in Bari is a small square overlooking the Lungomare Imperatore Augusto, on the southern edge of the historic center. It’s charming, and from there you can have a wonderful sea view. Recently traces of the Via Appia Traiana, built by the Romans at the beginning of the second century AD have been brought to light. In the last decade this square has been enhanced with interventions that have pleasantly revolutionized the image of the City of Bari. In the evening it’s very romantic and welcomes a lively night population. The square also overlooks the harbor: a perfect place for a romantic stroll. 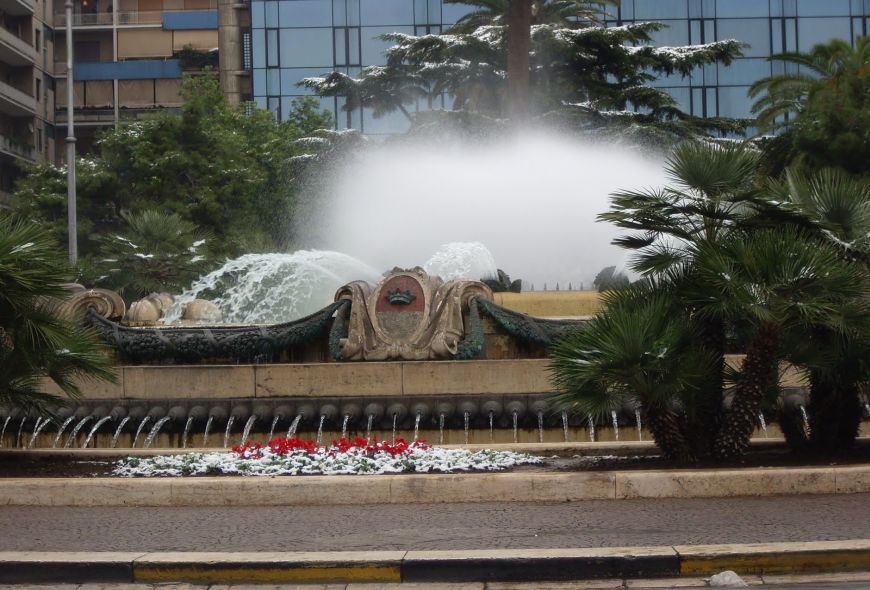 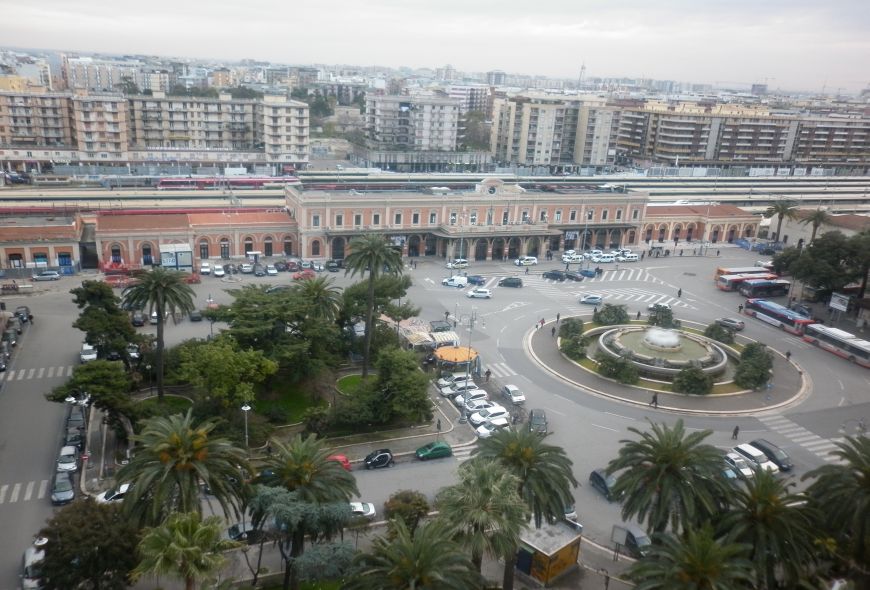 Piazza Aldo Moro is a large open space that who comes to Bari by railway must pass. The square is also the terminus of many public transport urban lines (AMTAB). on the northwest side of the gardens there is a bust of the Christian Democrat statesman Aldo Moro, who was executed by the Brigate Rosse. A crossroad, image of Bari, the crossroad of Mediterranean people. 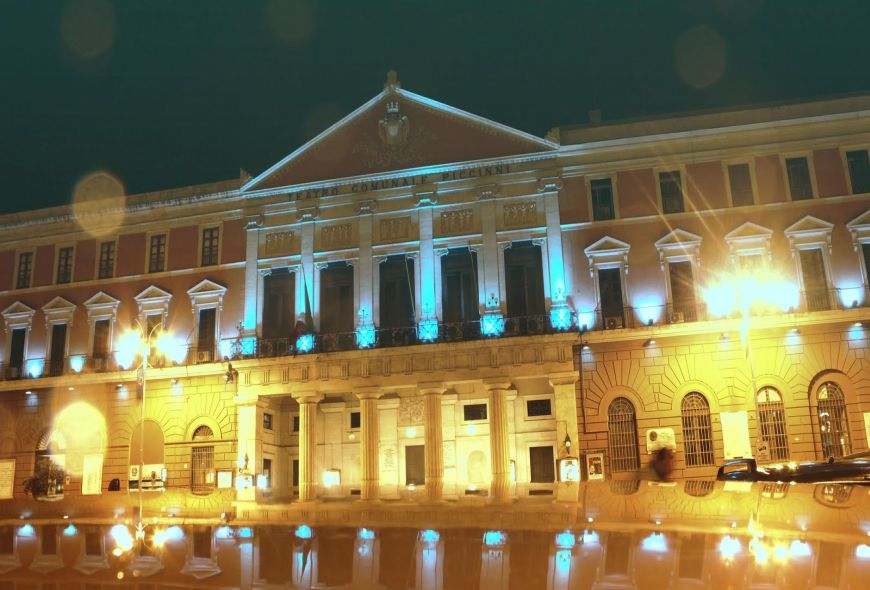 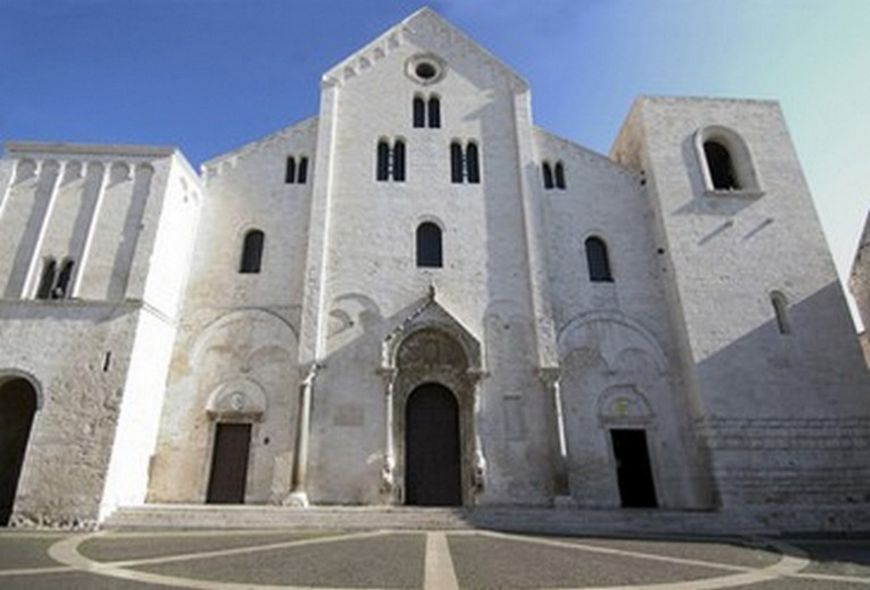 The Basilica of San Nicola in the heart of the old city, is the symbol of the city of Bari. It is considered one of the most vivid examples of Romanesque architecture. The building was erected between 1087 and 1197, in order to preserve the holy and beloved relics of San Nicola, stolen from Myra in 1087. Two cropped bell towers of different manufacture, border the facade. The sides are characterized by deep blind arches and rich doors. The ceiling is carved and gilded accompanied with paintings of the seventeenth century. A little gem to view and cherish.

Bari is also described on Wikipedia, both in Italian and in many other languages.
Here is a selection, more are available from the English and Italian sites.